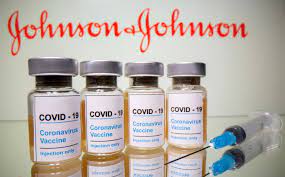 After the first three months, the US pharmaceutical and consumer goods group Johnson & Johnson (J&J) is somewhat more cautious about the current year.

Management lowered both the expectation for adjusted earnings per share and for sales. Given the global supply overhang and uncertain demand, J&J is suspending sales guidance for the COVID-19 vaccine, the company announced on Tuesday in New Brunswick, New Jersey. However, this has no impact on the operating earnings per share.

CEO Joaquin Duato said he was confident about the future for J&J. First quarter results showed a “strong performance” despite macro headwinds. From January to March, the group was able to increase sales by five percent to around $23.4 billion, but profits fell by almost 17 percent to just under $5.15 billion. The quarterly dividend is expected to increase by 7 cents to $1.13 per share.

First estimates: Johnson Johnson presents the balance sheet for the past quarter

Quarterly figures are due at Johnson Johnson. What Analysts Expect.

Johnson Johnson is expected to present the figures for the most recent quarter on April 19, 2022 at the quarterly financial conference.

Forecasts from 14 analysts average EPS of $2.60 per share for the most recent quarter. A year earlier, Johnson Johnson had posted earnings per share of $2.59.

On the sales side, 12 analysts expect an increase of 6.48 percent compared to sales in the previous year. On average, the experts forecast sales of USD 23.77 billion. In the same period last year, there were still 22.32 billion USD in the books.

NEW BRUNSWICK (awp international) – The US pharmaceutical and consumer goods group Johnson & Johnson (J&J) increased sales and profits significantly last year. The main contributors to this were the business with prescription drugs and the corona vaccine, as J&J announced on Tuesday in New Brunswick. In the new year, the company wants to increase revenues and earn even more. However, the pace of growth is likely to slow down, probably also because the vaccine is expected to generate less revenue.

For 2022, the top management is now hoping for revenue from the vaccine of three to a maximum of three and a half billion dollars. For comparison: in the final quarter alone, the vaccine brought in sales of more than $1.6 billion.

Overall, the management around CEO Joaquin Duato for the new financial year, including the income from the corona vaccine, expects sales to increase to between 98.9 and 100.4 billion dollars. This would be an increase of 5.5 to 7 percent compared to the previous year. In 2021, group sales had increased by almost 14 percent to around 93.8 billion dollars.

The bottom line is that the 2021 profit climbed by almost 42 percent to just under $ 20.9 billion. Adjusted for certain special items, earnings per share increased by more than a fifth to $9.80 – in the new year management is targeting an increase of a maximum of 8.2 percent to up to $10.60, this is more than from Analysts expected./tav/jcf/mi.

According to a media report, the pharmaceutical giant Johnson & Johnson has suspended the production of its corona vaccine for the time being.

The plant in Leiden, Netherlands, stopped production at the end of last year, the New York Times reported on Tuesday.

Instead, an experimental vaccine is currently being produced there. Corona vaccine production should resume in a few months, the report said.

A spokesman for the company emphasized that Johnson & Johnson has “millions of doses of our corona vaccine in stock” and is complying with its supply agreements under the Covax initiative and with the African Union.

While Johnson & Johnson ‘s corona vaccine hardly plays a role in the vaccination campaigns of western countries, it is in demand in developing countries because it does not have to be stored and transported at such low temperatures as mRNA vaccines.